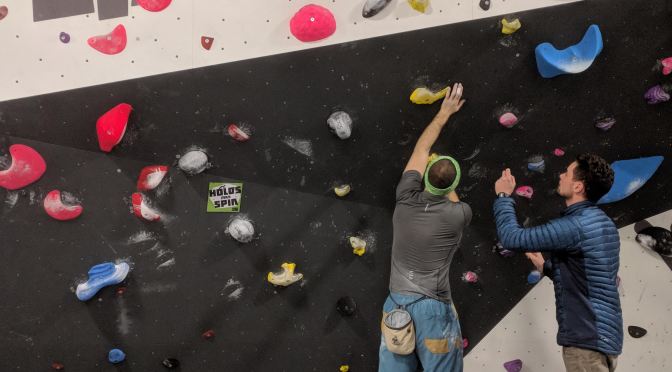 Last month, I got a message out of the blue on Instagram from a guy called Chris who was in the process of launching a new dedicated bouldering centre in Huddersfield, ‘Freeklime’. Intriguing…why was he contacting me? It turns out, having been inspired by my Old Man of Hoy ascent, he wanted to make his new bouldering centre inclusive and accessible and wanted to pick my brains on how he could make it ace for visually impaired people.

I thought this was fantastic! I had never been asked about this before and was more than happy to get involved. It really got me thinking on how to make a climbing wall as friendly as possible for blind and visually impaired people, from navigating around the centre, to the setting of routes, the colour contrast of holds against the wall and sight guiding. The launch event was on Thursday, I spent the day up at Freeklime and BBC Look North were there to document the occasion.

“Freeklime, Huddersfield’s only dedicated bouldering centre, has today announced the Freeklime Access programme: a series of classes designed to make bouldering more accessible for those with either physical impairments or learning difficulties. The Access programme is backed by blind climber Jesse Dufton, star of ‘Climbing Blind’ – a film charting his ascent of the Old Man of Hoy, in Scotland. Rolling out over the coming months, each stage of the Access programme will tackle different areas of inclusivity and see Freeklime become the most accessible activity space in the north. Starting with a class to aid visually impaired climbers, founder and experienced climber Chris Whitehead has partnered with Jesse, as well as volunteers from the Kirklees Visually Impaired Network (KVIN) to trial the new facilities.”

The great things that Chris at Freeklime has put in place include:

I would hate to think that people who genuinely want to get into climbing aren’t able to do so because of the lack of facilities or assistance, so programmes like this are exactly what we need to ensure climbing is accessible for all. The Access programme will ensure a member of the Freeklime team works one-on-one with visually impaired climbers at the centre, guiding routes and offering advice on techniques, as well as empowering them to tackle more challenging problems. This is fantastic, as this is probably the biggest barrier. Molly and I gave the staff at the wall some tips on sight guiding! So they’re all good to go,  super psyched and super friendly, so all you Yorkshire folk should go and have a go…! You’ll love it! 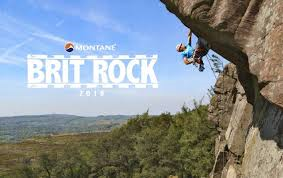